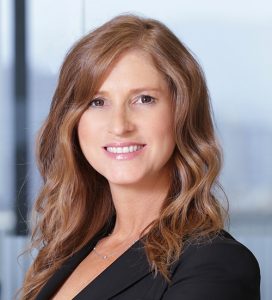 Lauri Brenner is senior trial attorney with over 27 years of experience representing clients in catastrophic personal injury cases including spinal cord and orthopedic injuries, burn/scald injuries, amputation, and traumatic brain injuries; and employment, insurance bad faith and criminal cases. Lauri learned early in her career that a jury trial is often the only way to equalize an imbalanced and unjust playing field. Justice cannot be solely afforded to those in power or with money. That philosophy governs her daily practice where she zealously advocates for her clients.

After graduating law school, Lauri developed her advocacy and trial skills in the criminal courts of Los Angeles as a deputy public defender. There, Lauri tried a range of cases including the most serious and violent felonies. She relentlessly advocated on behalf of clients suffering from severe mental disorders, developmental disabilities, drug addiction, childhood trauma and abuse. In 2015, after 19 years of dedicated service in the public defender’s office, Lauri joined a leading Los Angeles civil law firm specializing in representing plaintiffs who suffered serious, life altering injuries as a result of the negligence of others; those discriminated against or sexually harassed by their employer; and those taken advantage of by insurance companies.

Lauri obtained significant jury verdicts including a $4,326,008 verdict in an insurance bad faith case, a $1,289,849 verdict in an employment discrimination case, a $1,900,000 verdict in a chronic pain syndrome case, a $823,000 verdict in an auto case; and a $9,248,320 verdict and $325,000 verdict in cases she co-chaired. In 2017, Lauri was nominated for Trial Attorney of the Year by CAALA. Lauri’s tenacity, skill and experience has also resulted in millions and millions of dollars in pre-trial settlements on behalf of her deserving clients.

In 2021, Lauri and her father, Robert A. Brenner, united to form Brenner Law bringing their 70 years of collective litigation and trial experience to their clients. The mission of Brenner Law is to provide individualized, dedicated, expert skill and advocacy to each client and case in order to maximize results and obtain justice for each client.

Lauri earned a Bachelor of Arts in Communication and Sociology with an emphasis in Criminology from the University of Colorado in 1991 when she also became a member of the Golden Key Honor Society.  In 1994, she earned a Juris Doctorate degree from the University of San Diego School of Law and was recognized for her outstanding commitment to criminal justice. She was admitted to the California State Bar and U.S. District Court in December of 1994.

Lauri is a member of the Consumer Attorney Association of Los Angeles and has been recognized as a “Super Lawyer” for many years. She has been a speaker at CAALA, CAOC and criminal defense seminars speaking on topics including preparing cases for trial, closing arguments, empowering jurors, invisible damages and cross examination techniques.